Mona, a qualified gynaecologist from the Middle East had hopes of continuing her profession and building a wonderful life with her husband when she arrived to the UK in 2011 on a spouse visa. Instead her life throttled into turmoil as she was subjected to horrific domestic abuse even during her pregnancy, and ended up being placed in a refuge for almost 2 years with her new-born.

Mona was referred to us by RAGU (Refugee Assessment and Guidance Unit) for specialist support as she did not understand the British legal system and was subjected to continued harassment and abuse from her partner and his family. She struggled to communicate clearly and express her concerns in English and felt frustrated, worried and abandoned, especially as her ex-partner was very confident in dealing with the legal system and social services’ procedures. Mona became anxious and stressed that she was going to lose the battle to keep her child and herself safe from the hands of her perpetrator and was in desperate need of professional help and emotional support.

RWA responded to her case by working tirelessly to communicate with social services, police, local housing authorities and other statutory bodies on behalf of Mona.  RWA clarified key issues with authorities and their treatment towards her as they favoured the perpetrator due to his skilful handling of the situation.  Throughout the entire process he discredited and demeaned Mona in front of the authorities which not only proved to be influential in front of them but also chipped away at Mona’s own confidence and self-esteem.

However, this only ignited RWA to make sure she received fair and just treatment and not be discriminated against for not knowing her legal rights in the UK. RWA began advocating on her behalf and we have represented her at numerous court hearings after her ex-partner wanted to claim full custody of their child with his newly married wife. We found a law firm and drew up main case points, creating clarity at a time of confusion. Mona was also continuously provided with emotional support and reassurances that she was doing everything in her power to make sure her child would be kept safely in her care.

Alongside the family court case, RWA fundraised money from charities to support her in times of financial difficulty as she relocated on several occasions due to their safety. We liaised with the housing department and housing benefits to ensure rent and any arrears were clarified with the local authority. It was as a result of our persistence that we made sure that the local authority carried out their duty of care and placed Mona and her child in a safe and suitable home in a borough unknown to the perpetrator. We also communicated heavily with her child’s school to explain the situation as well as with the local authority and social workers. Our OISC Advisor also helped Mona with changing her married name back to her maiden name and completed her application for a new Biometric Residence Permit.

Throughout this time, Mona’s life and every thought had become centred on making sure she did not lose her child to her perpetrator. So much so that she had not had the chance to continue her career as a Doctor here in the UK. RWA supported and encouraged Mona to continue with her education and pre-qualification, working towards resuming her Medical Career in the UK.

We are extremely proud to let you know that she has now completed OET (Occupational English Language test), PLAB 1 and PLAB 2, and she has taken up a post at a West London hospital working alongside a Consultant in Gynaecology. 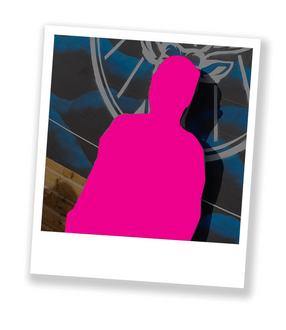